Danielle Steel has been hailed as one of the world’s most popular authors, with almost a billion copies of her novels sold. Her many international bestsellers include The Numbers Game, Moral Compass, Spy, Child’s Play, The Dark Side, Lost and Found, and other highly acclaimed novels. She is also the author of His Bright Light, the story of her son Nick Traina’s life and death; A Gift of Hope, a memoir of her work with the homeless; Pure Joy, about the dogs she and her family have loved; and the children’s books Pretty Minnie in Paris and Pretty Minnie in Hollywood.

It was a crisp, cold night with a stiff wind off the San Francisco Bay, the night of the Deveraux’s ball, a week before Christmas, in December 1928. The elite of the city had been talking about it for months, with great anticipation. Rooms in the imposing Deveraux mansion had been repainted, curtains had been rehung, every chandelier gleamed. The tables in the ballroom had been set with shining silver and crystal. Footmen had been moving furniture for weeks to make room for the six hundred guests.

All the most important members of San Francisco society would be there. Only a handful of people had declined Charles and Louise Deveraux’s ball for their daughter. There were fragrant garlands of lilies over every doorway, and hundreds of candles had been lit.

In her mother’s dressing room, Eleanor Deveraux could hardly contain herself. She had waited for this night all her life. It was her coming out ball. She was about to be officially presented to society as a debutante. She giggled excitedly as she looked at her mother, Louise, and her mother’s maid, Wilson, held the dress, waiting for Eleanor to step into it.

It was a touching night for Wilson too. She had grown up as a simple girl on a farm in Ireland, and had come to America to seek her fortune, a bit of adventure, and hopefully, find a husband. She had relatives in Boston, went to work for Louise’s family there, and had come to San Francisco with her when she’d married Charles Deveraux, twenty-­six years before. Wilson had dressed Louise for her own debut twenty-­seven years before, and served her ever since. She had held Eleanor the night she was born, and her brother, Arthur, when he had been born seven years earlier. She mourned with the family when he died of pneumonia at the age of five. Eleanor was born two years after his death, and her mother had never been able to conceive again after that. They would have liked to have had another son, but Louise and Charles were deeply in love with their only surviving child.

And now Wilson was dressing her for her long awaited debut. Wilson had lived in America for twenty-­eight years by then, and there were tears in her eyes as she watched Eleanor put her arms around her mother and hug her, and then Louise gently helped Eleanor put on the earrings that her own mother had given her for her debut twenty-seven years before. They were Eleanor’s first piece of grown-­up jewelry. Louise was wearing the parure of emeralds that Charles had given her for their tenth anniversary, and a diamond tiara that had been her grandmother’s.

The match with Charles Deveraux had been an excellent one, and the marriage which had produced Eleanor was loving and stable. Louise and Charles had met shortly after her debut in Boston, when she attended a ball in New York with her cousins at Christmastime. Charles was visiting from San Francisco. She was from a distinguished Boston banking family, and she and Charles had met that night. The marriage which was subsequently arranged between Charles and her father had been an excellent one for both of them. Their courtship had taken place during two visits Charles had made to Boston to see her, and their love had taken root during an extensive correspondence and warm exchange of letters for three months after they met. Their engagement was announced in March, and they married in June. They had spent their honeymoon in Europe, and then went to live in Charles’s home in San Francisco.

Charles was the heir of one of the two most important banking fortunes in San Francisco. His family had originally come from France during the Gold Rush, to help make order from chaos, and assist the suddenly wealthy miners in protecting and investing their new fortunes. Charles’s ancestors had remained in California, and made a vast fortune of their own. The Deveraux mansion on the top of Nob Hill was the largest in San Francisco, and had been built in 1860. After his parents died in the early years of their marriage, Charles and Louise had moved into it. He ran the family bank, and was one of the most respected men in San Francisco. Tall, thin, fair haired, blue eyed, elegant, aristocratic, and distinguished, he loved his wife and daughter, and had waited years for this night too.

Eleanor was strikingly beautiful. She looked a great deal like her mother, with long ebony hair, porcelain white skin, sky blue eyes, and delicate features. Both women had lovely figures, and Eleanor was slightly taller than her mother. Her education had been carefully attended to, with governesses and tutors at home, just as her mother had been brought up in Boston, and as the other girls of their world were raised in San Francisco. Several of her governesses were French and she spoke it fluently. She was talented in the art of watercolors, played the piano beautifully, and had a passion for literature and art history. In a somewhat modern decision, her parents had sent her to Miss Benson’s School for Young Ladies for the past four years to complete her education. She had graduated the previous June, with a dozen young women of similar upbringing and age. She had made many friends there, which would ensure that her first season in society would be even more fun for her, attending a round of balls and parties given by her friends’ parents.

Most of the girls coming out would be married within the year, or have formed a serious attachment. Charles hoped it wouldn’t happen to Eleanor too quickly. He couldn’t bear the thought of parting with her, and any suitor would have to prove himself worthy before Charles would give his consent for her to marry. She would be a major catch on the marriage market, since everything he had would be hers one day. It was something he and Louise had discussed discreetly, without ever mentioning it to Eleanor, and it was a circumstance she gave no thought to. All she wanted to do now was wear beautiful gowns and go to exciting parties. She wasn’t eager to find a husband, and loved her life with her parents. But the balls they would attend would be a lot of fun, particularly her own. Her parents had been careful not to invite anyone unsavory or that they didn’t approve of. They wanted to keep the racier men about town, and any fortune hunters, well away from her. She was a lively girl with a bright mind, but innocent in the ways of the world, and they wanted it to stay that way.

Their preparations for this memorable night had centered around whom to invite, as well as what band they would hire. They had brought one up from Los Angeles for the occasion. All of Eleanor’s attention had been focused on what dress she would be wearing. With Charles’s blessing, she and her mother had traveled to New York, and sailed to Europe on the French steamship SS Paris, which had been launched seven years before. It was Eleanor’s first trip abroad. They had spent a month at the Ritz hotel in Paris, where they visited several designers, but Louise was determined to have a dress made for Eleanor by the House of Worth.

Jean-­Charles, the great-­grandson of the original designer, Charles Frederick Worth, ran the house by then, and his recent designs had revolutionized fashion. He was the consummately modern designer at the time, and Louise wanted to get Eleanor an exciting dress that would be different from everyone else’s, while maintaining a look of dignified elegance. His prices were astronomical, but Charles had given her permission to buy whatever she wanted, as long as it wasn’t too modern or outrageous. Worth’s use of beading, metallic threads, incredible embroidery, and exquisite fabrics made everything he touched a work of art, and Eleanor’s lovely slim figure lent itself perfectly to his sleek designs.

The dress he had designed for her was a narrow column which fell from her shoulders with a slightly lowered neckline in back, and a discreet drape below it. It was the most beautiful dress Eleanor had ever seen, beyond her wildest dreams when it was finished. He designed a headpiece to go with it that was the height of modern fashion, and set a halo of pearls and embroidery on her dark hair. It was perfection. They arrived back in San Francisco in late July, and Wilson was holding the dress now. It was heavy from the intricate beading and embroidery.

Eleanor stepped into it, ready for this long awaited moment. Her dark hair was swept into a loose bun at the nape of her neck with pearls woven into it, which Wilson had done masterfully. The headpiece sat on the stylish waves which framed her face. The dress was both modern and traditional and used all the techniques that the House of Worth was famous for to create an unforgettable impression of high fashion.

Louise and Wilson stood back to admire the effect, as Eleanor beamed at them both, and could see herself in the mirror behind them. She barely recognized the elegant young woman she saw in the reflection. Her father hadn’t seen the dress yet, and he stood still in the dressing room when he saw her.

“Oh no . . .” he said with a look of dismay and Eleanor was instantly worried.

“Of course I do, but so will every man in San Francisco. You’ll have ten proposals before the night is out, if not twenty.” He turned to his wife then. “Couldn’t you have gotten something less spectacular? I’m not ready to lose her yet!” All three women laughed, and Eleanor looked relieved. She wanted her father to love her dress too. 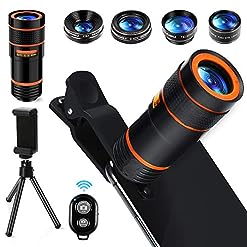 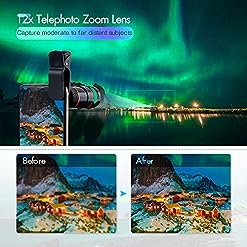 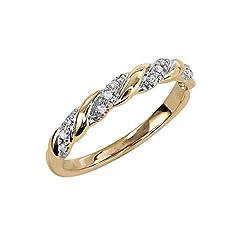 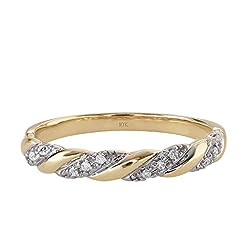 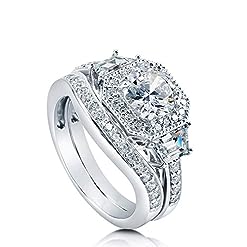 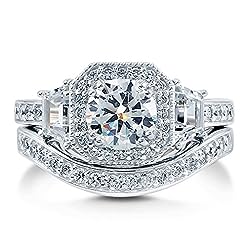 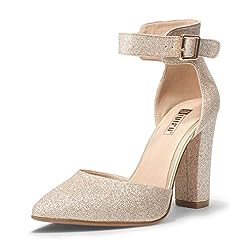 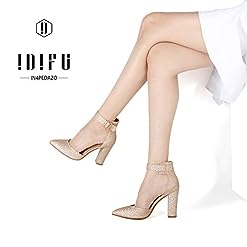 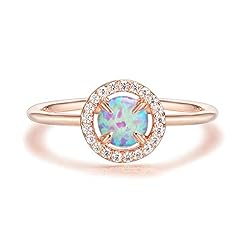 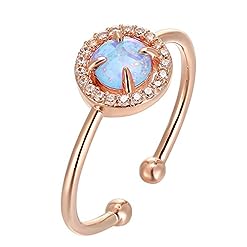 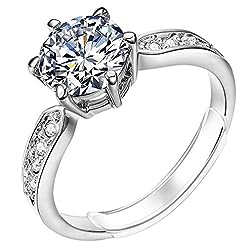 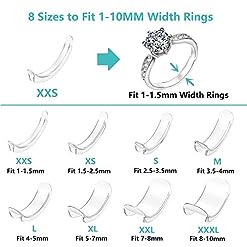 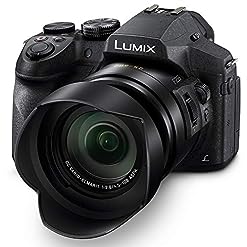 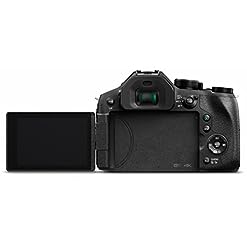 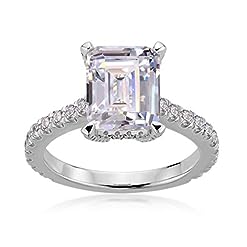 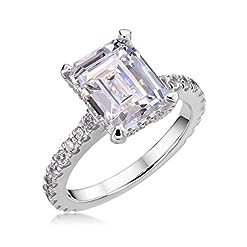